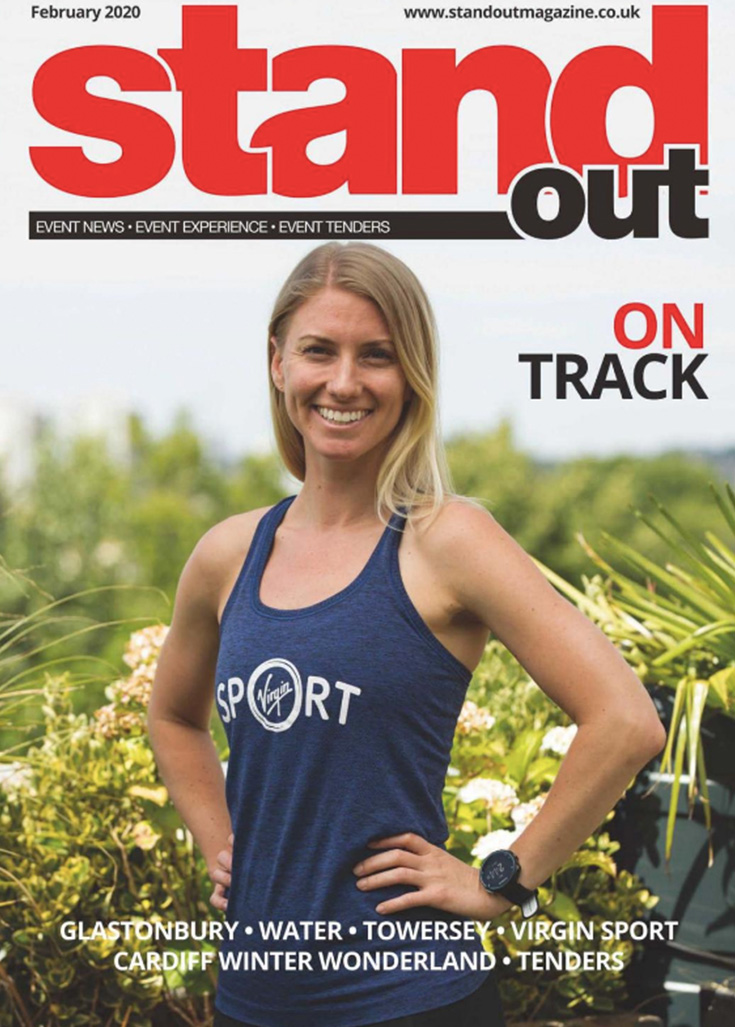 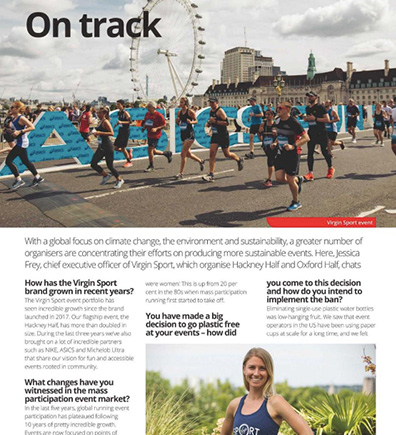 A successful businesswoman, Jessica strategically grew and developed the company whilst creating a more sustainable business model. She oversaw instrumental brand partnerships with the likes of NIKE, ASICS, and JUST Water. Under Jessica’s guidance, Virgin Sport became the largest mass participation sporting events company in the UK to eliminate plastic bottles from its races.

Jessica also lives and breathes sport (at the time of writing this she had completed 24 marathons​, ​3 ultra-marathons and IRONMAN). It was, therefore, important to position her as a thought-leader in the fitness and business spaces.

In-depth business interviews were also published in titles including CNBC, Business Insider,  Stand Out magazine and Runner’s World plus influential podcasts such as Ben Coomber Radio, The Gym Wits, and The Influence Room.

The profile building campaign resulted in a media reach of over 195 million. 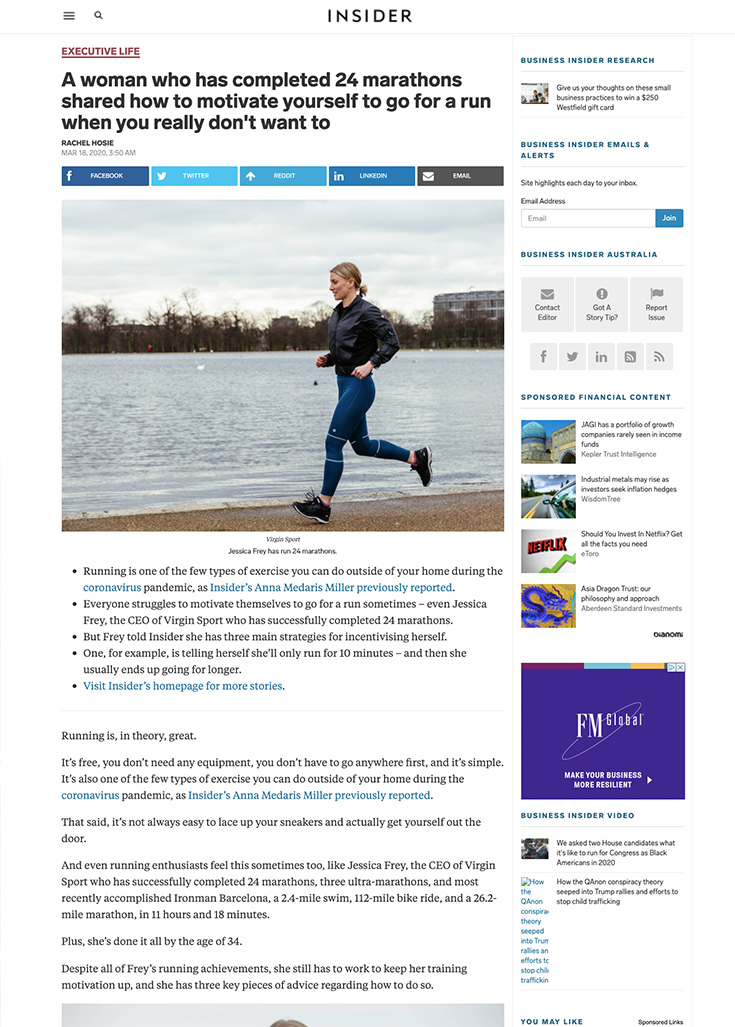