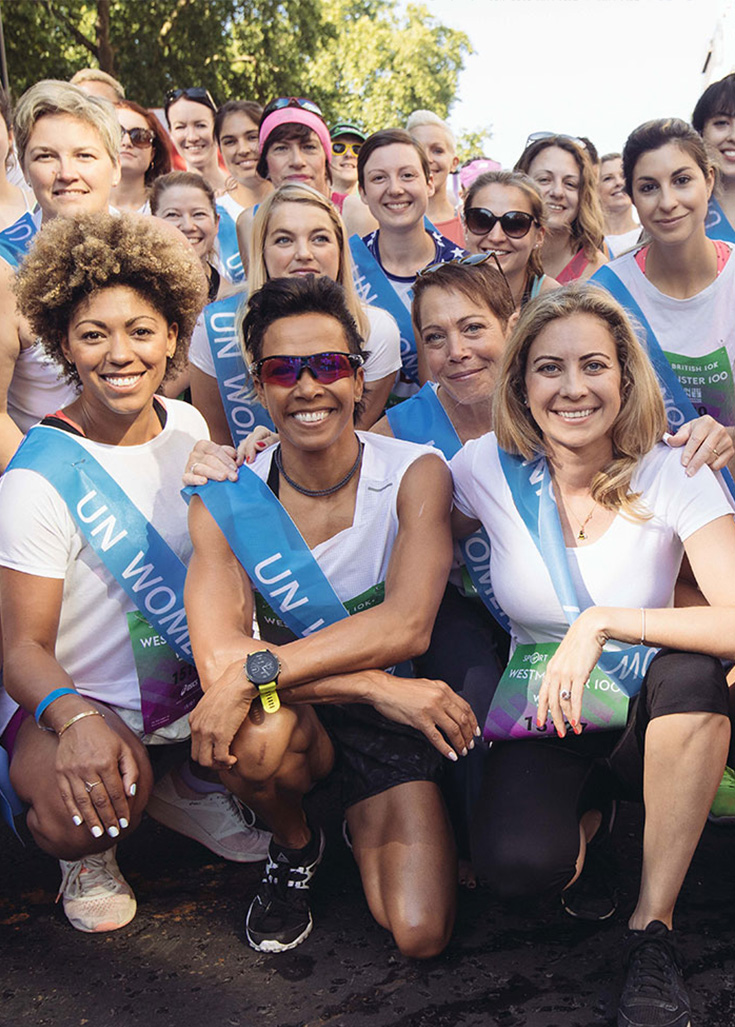 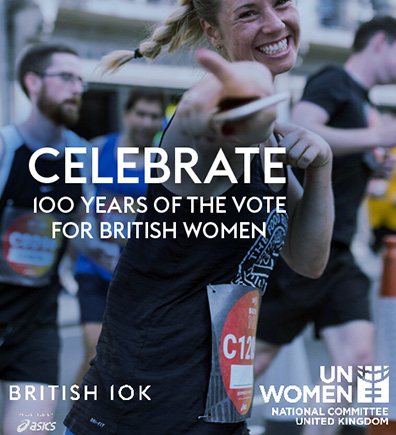 Our brief was to create a new, interesting and authentic talking point for the British 10K 2018; an older and traditional mass participation race. Elevate the Virgin Sport brand and educate the consumer, forming a clear separation between Virgin Sport and other arms of the Virgin Group.

Designed to sit within the British 10K, the Westminster 100 was a charity initiative and activation developed to mark the centenary of the women’s vote with the campaign message: 100 Runners, marking 100 Years of the Vote for Women, at the British 10K.

70 members of the public won the opportunity to run alongside 30 inspirational women including business leaders, entrepreneurs, philanthropists, sportswomen and journalists at the British 10K.

100 women ran to mark 100 years of the female vote, gender equality, and raised funds to help women around the world exercise their fundamental right to vote.

The event was a huge success with Double Olympic Gold Athlete and sporting royalty, Dame Kelly Holmes (DBE) – the official ambassador of the Westminster 100. Kelly delivered a few words of motivation to British 10K runners alongside Laura Haynes – the global chairwoman of UN Women UK. Kelly also ran the race as part of the Westminster 100 team.

The campaign generated a media reach of over 130 million readers, viewers and social media users; a 2755% increase of media reach from the previous year. 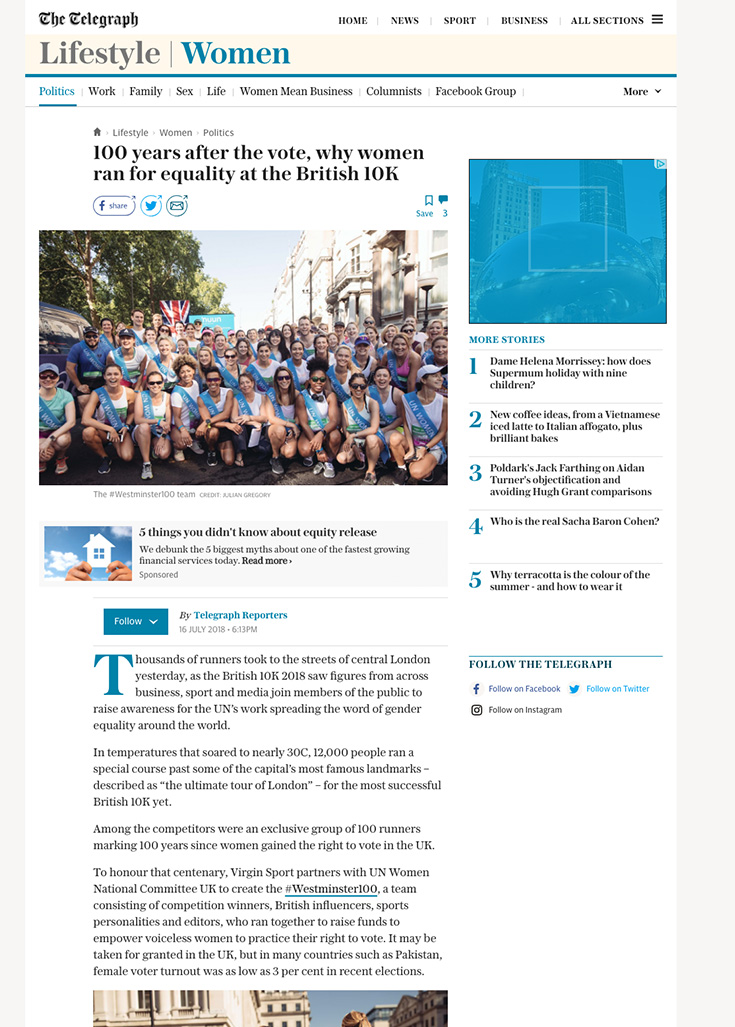